When Memorial Hermann came to Adcetera they were in need of a complete redesign and development of their existing website. Not only were they wanting Adcetera to visually improve the site, they wanted a complete overhaul and reorganization of the site content as well.

Armed with a long list of functional enhancements and third-party inclusions the team from Memorial Hermann simply said, "Wow us."

For this project I played a key role in the design and development of all aspects of the new site. The team created high fidelity prototypes of all site elements including page layouts, navigation and interactive elements including slideshows and galleries.

Every element to be included on the site had to be coded from scratch in HTML, CSS and JS and fully tested before being introduced into Ektron. I was responsible for building and styling every element in the new site.

I was also responsible for documenting all code and the creation of a comprehensive style guide that was used internally by the Memorial Hermann web team. 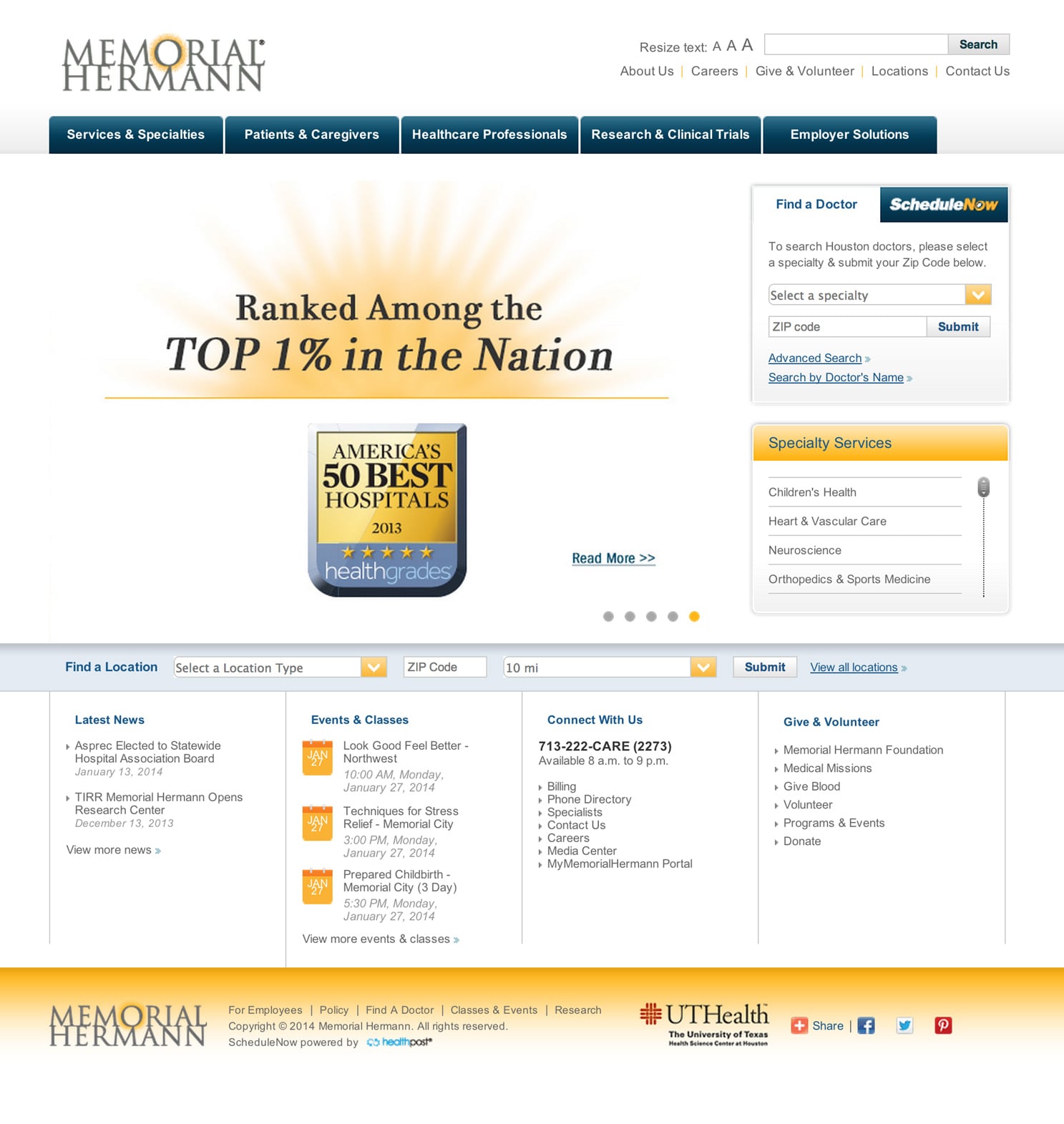 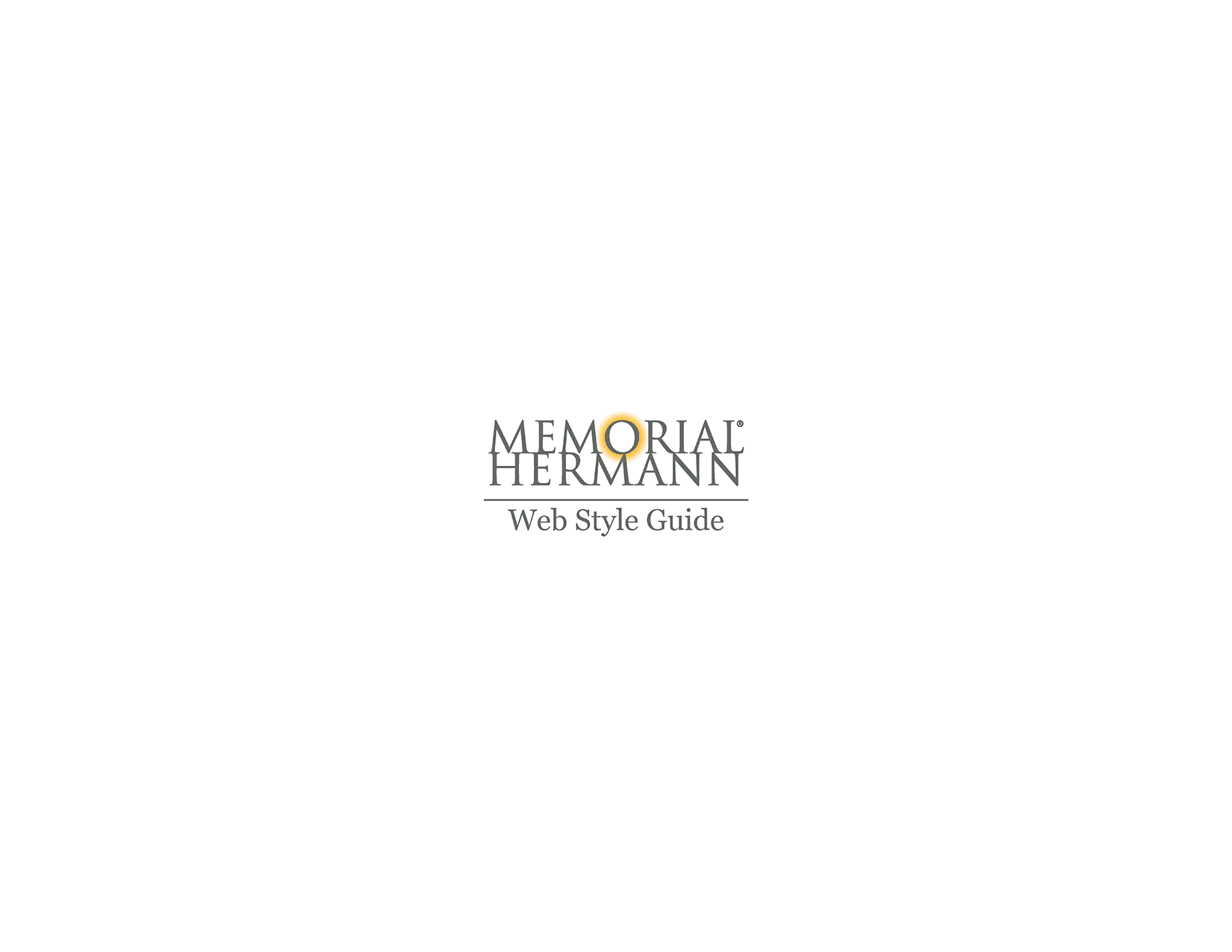 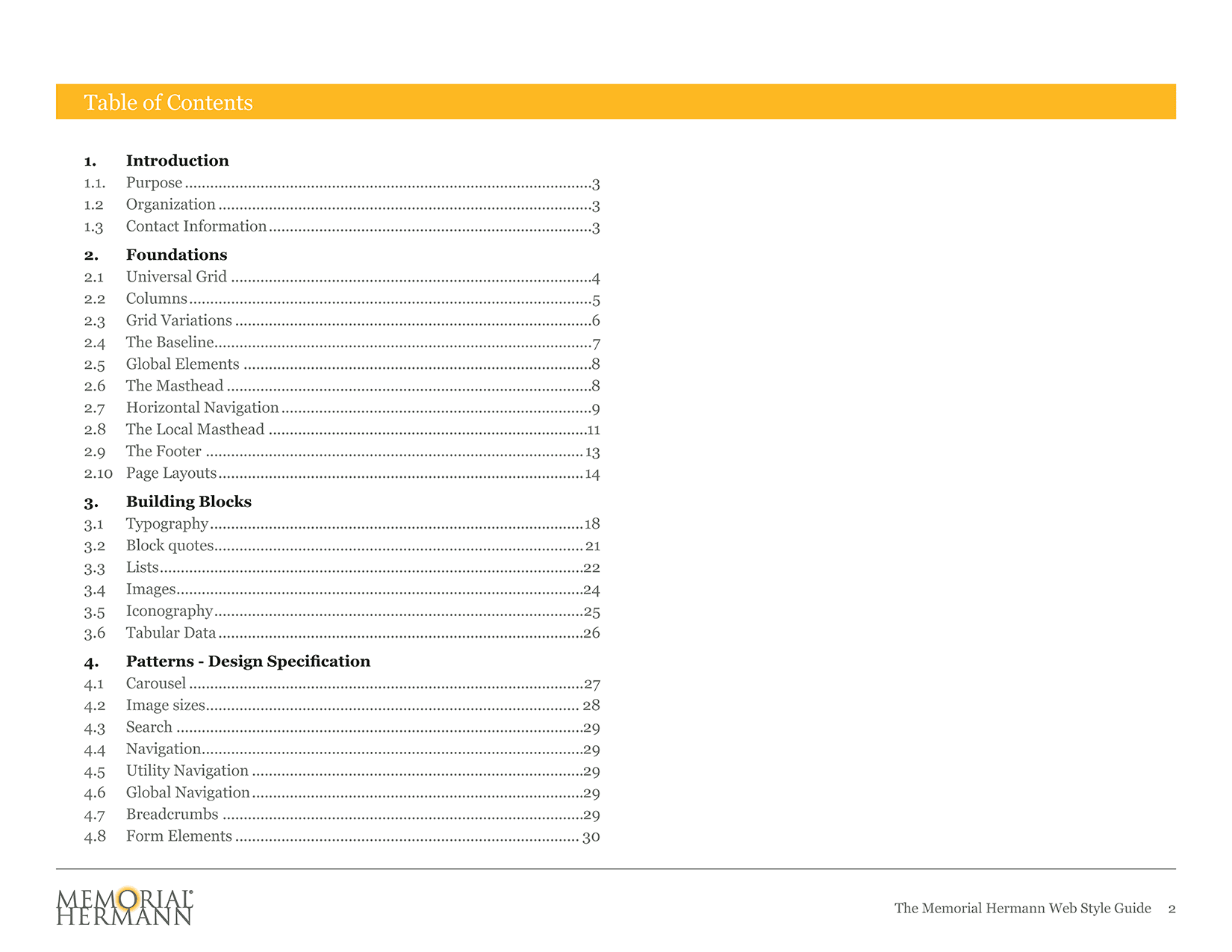 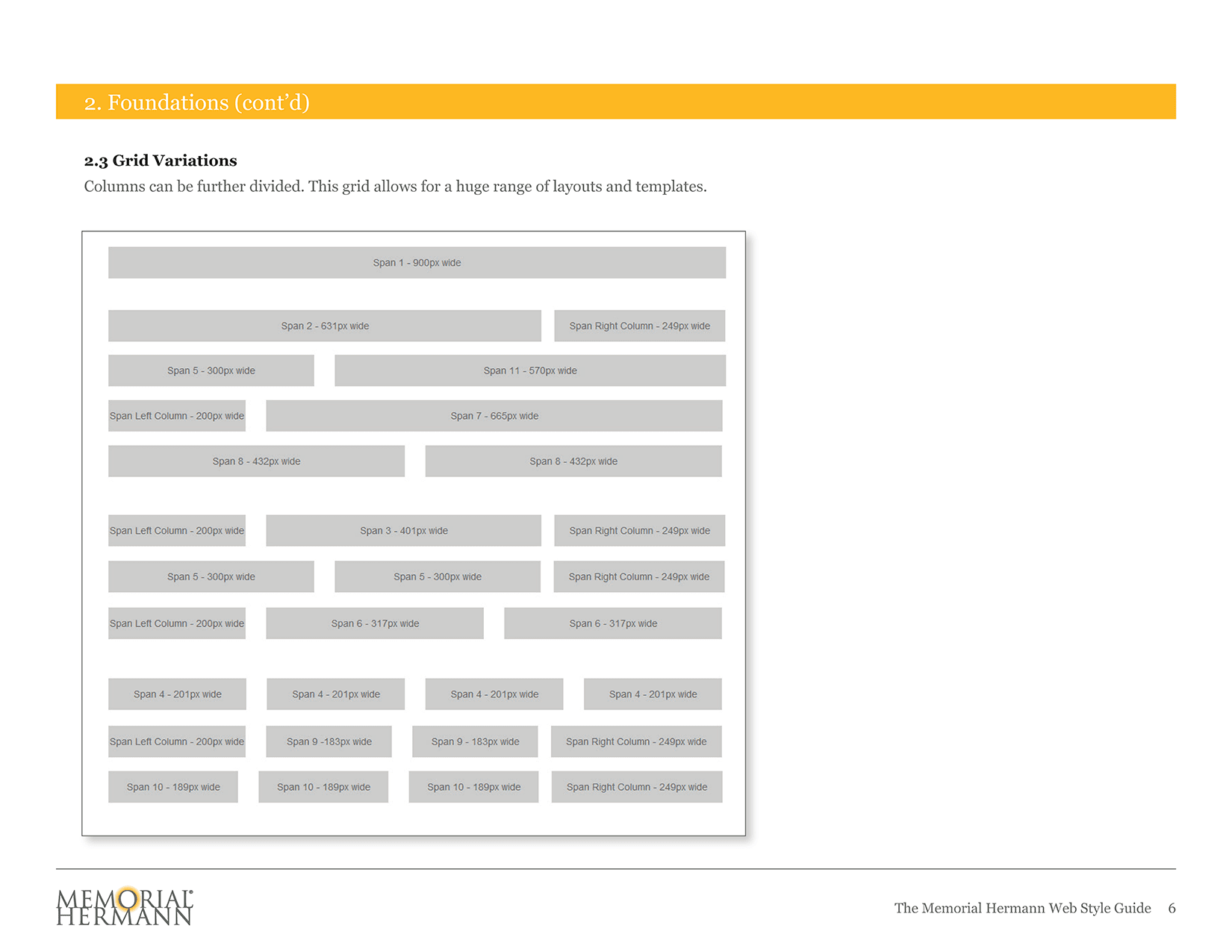 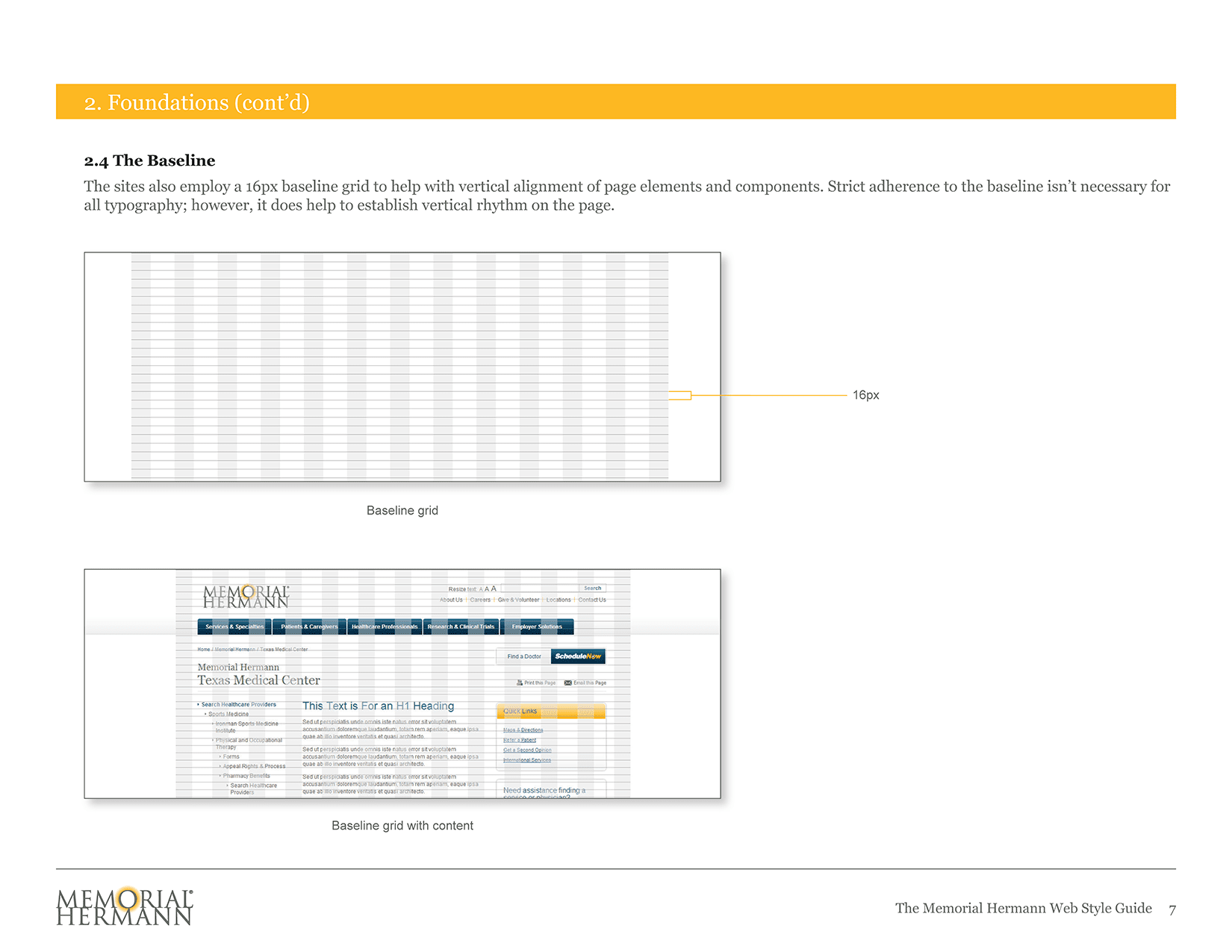 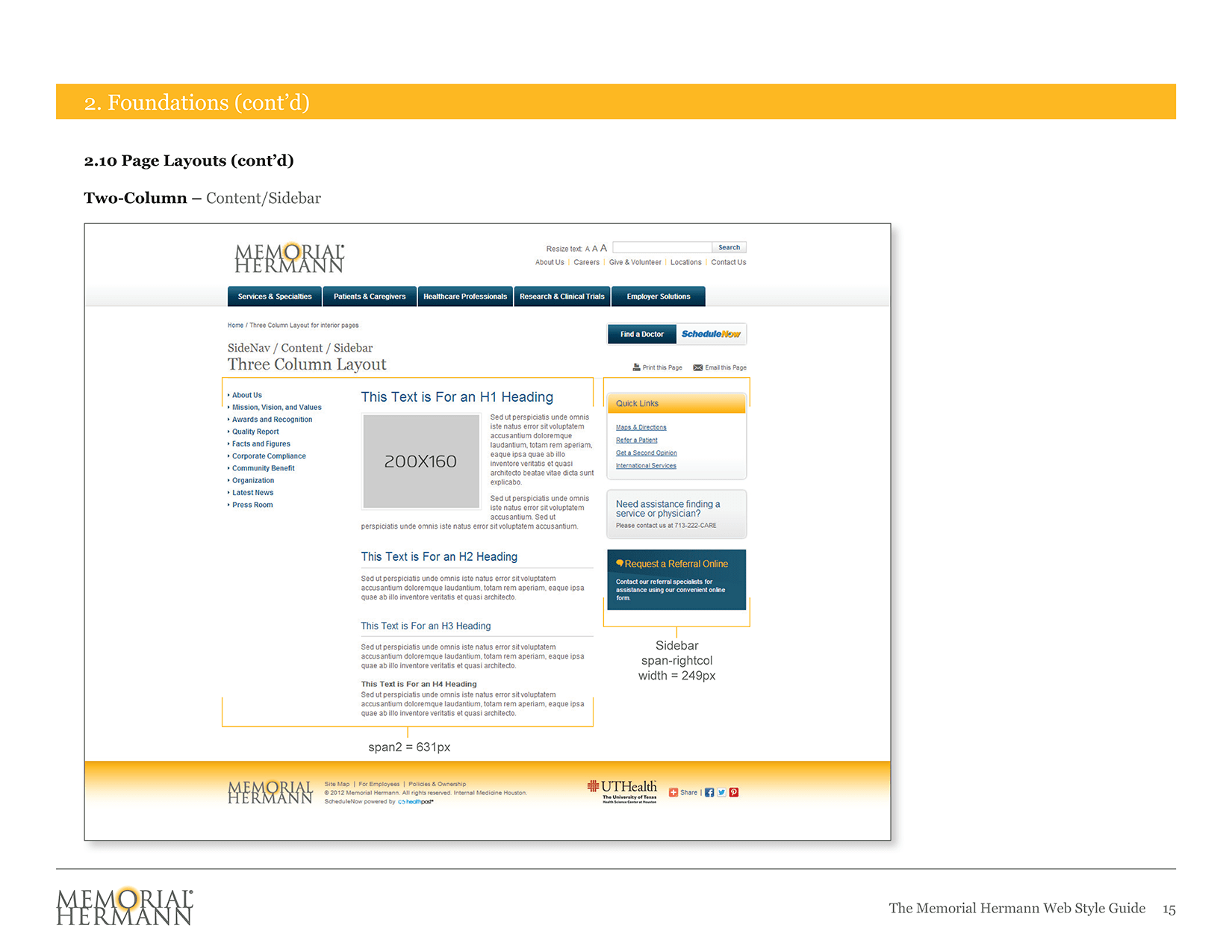 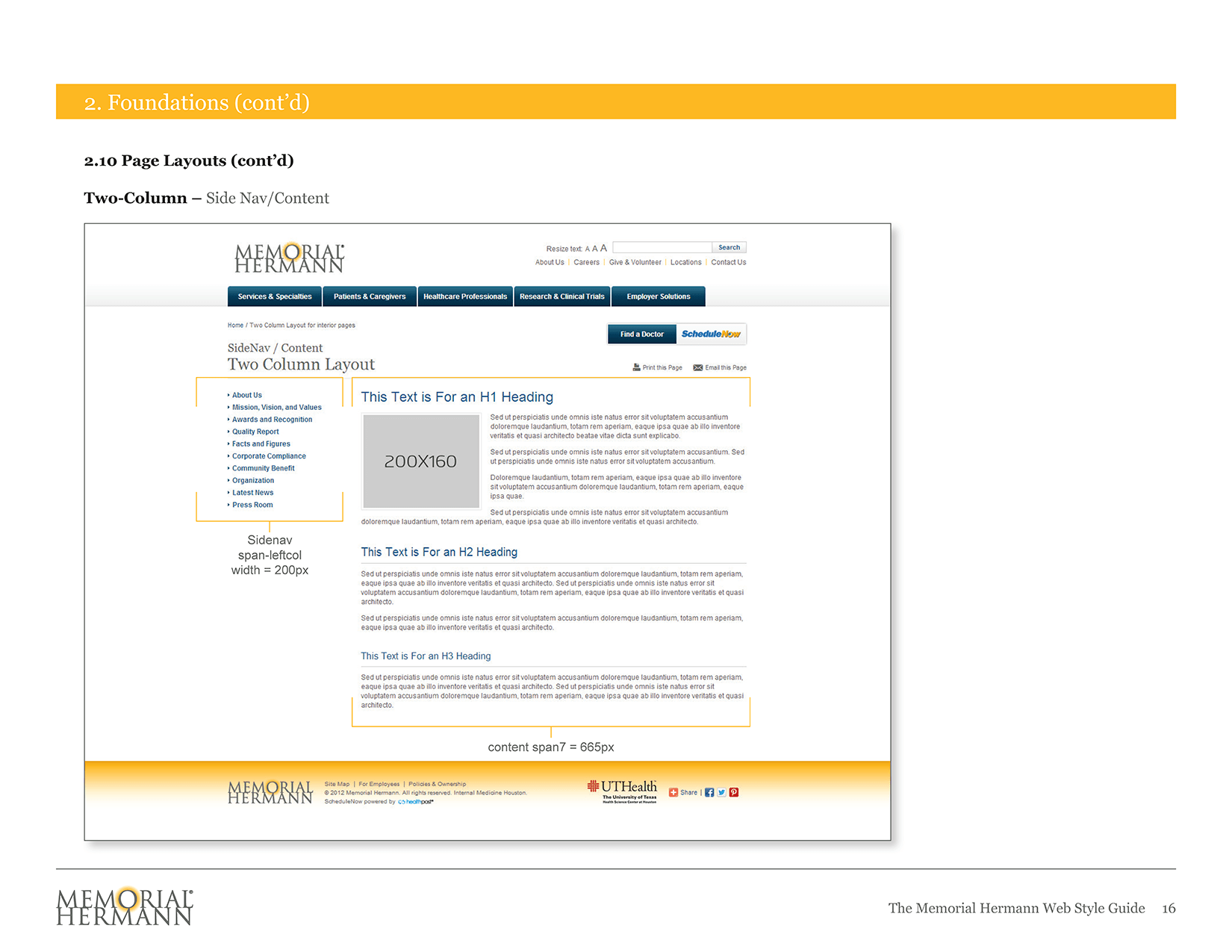 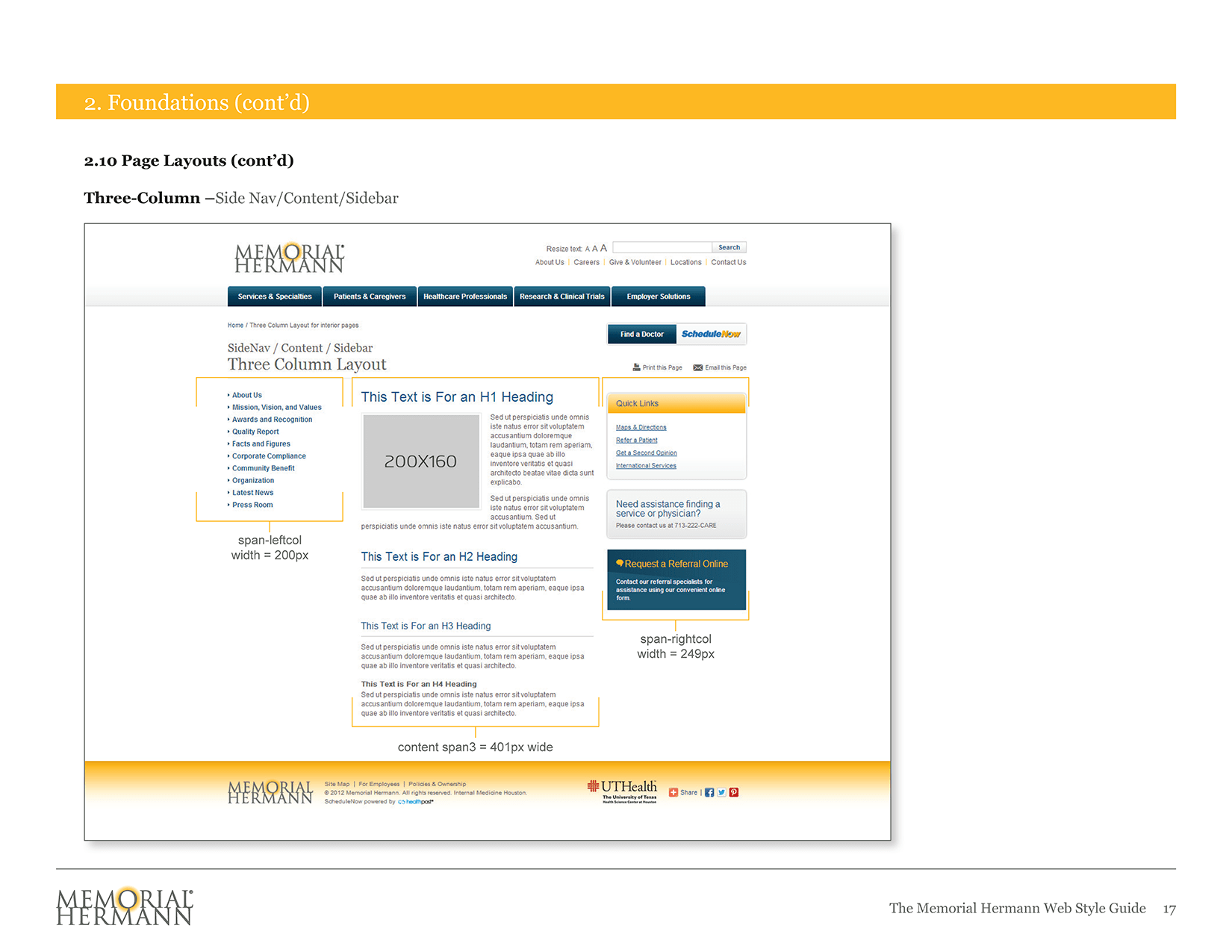 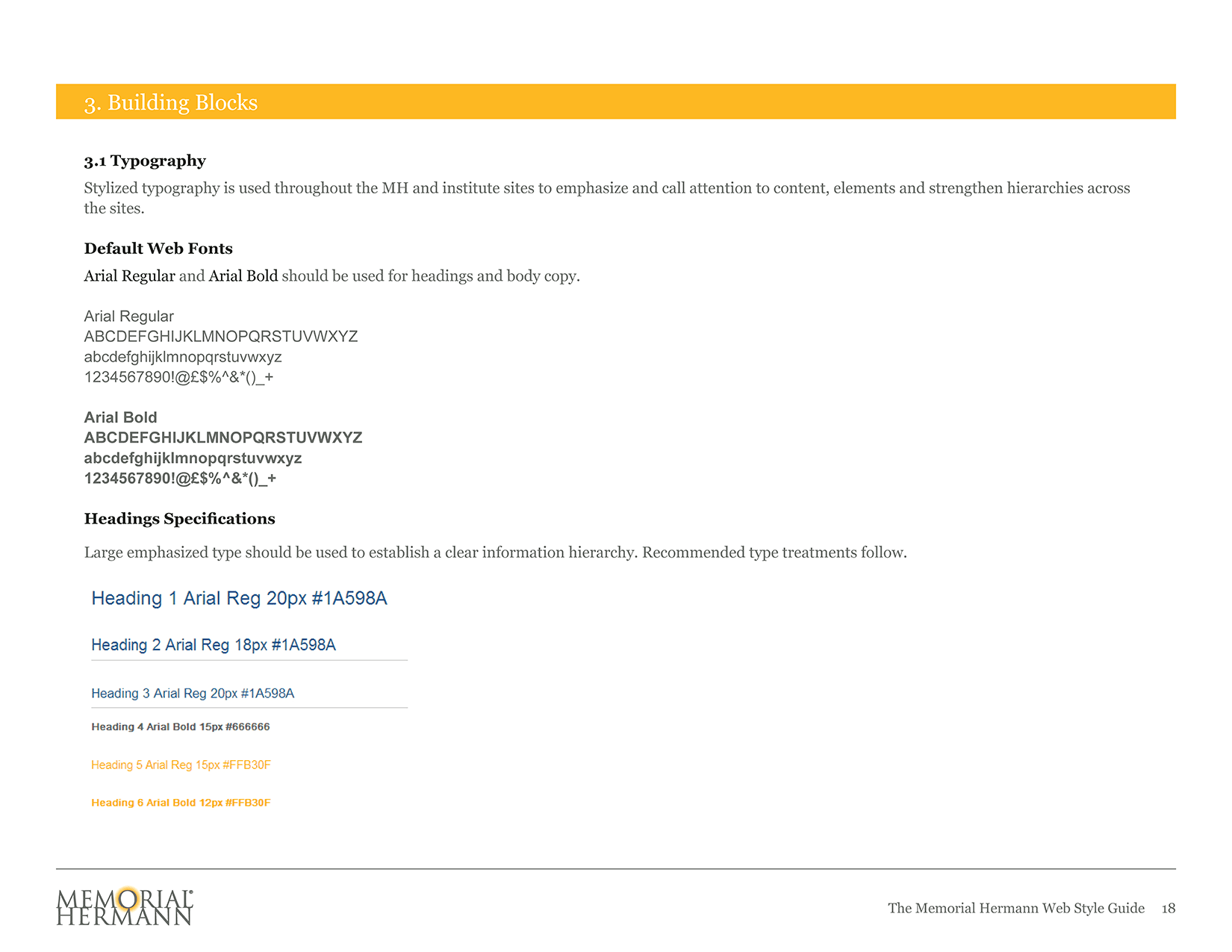 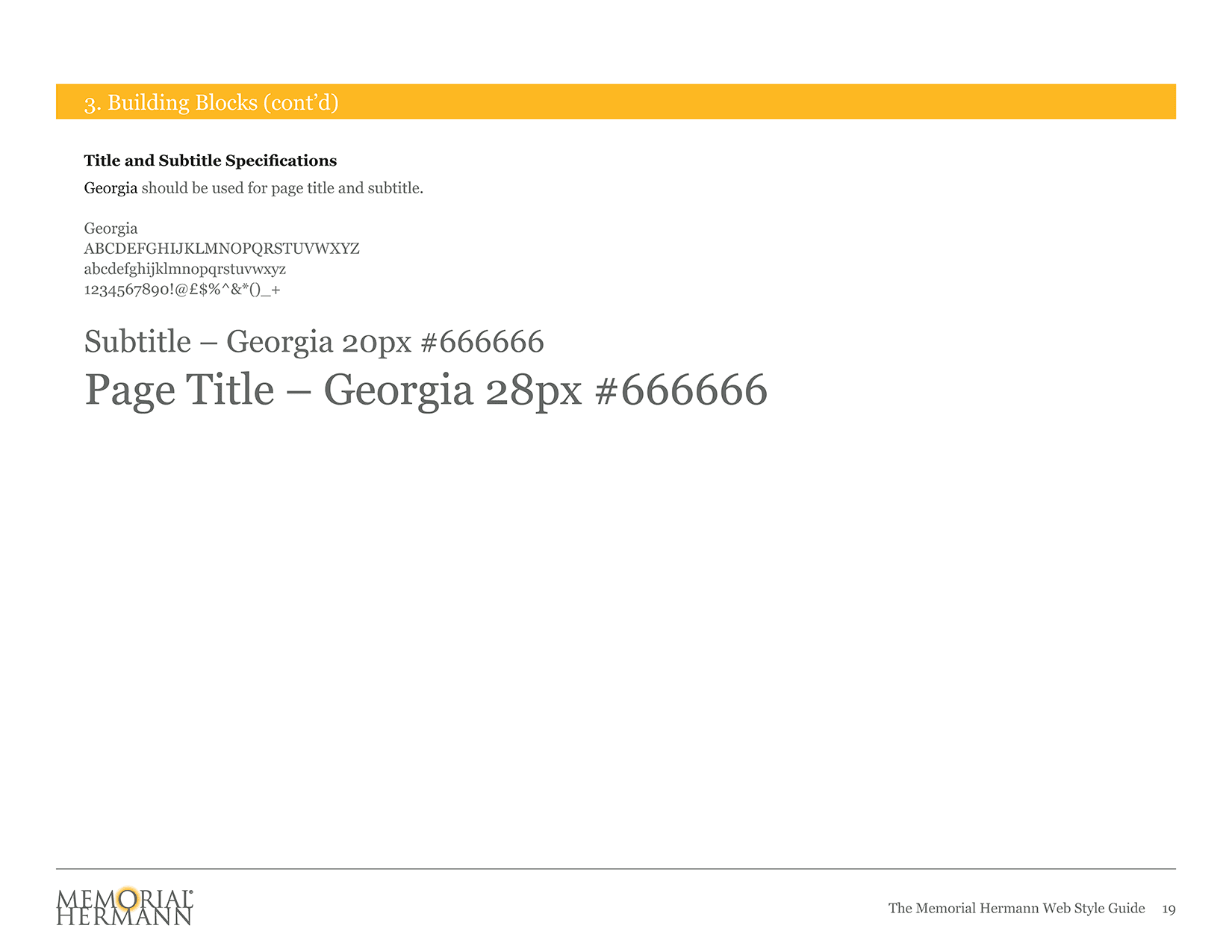 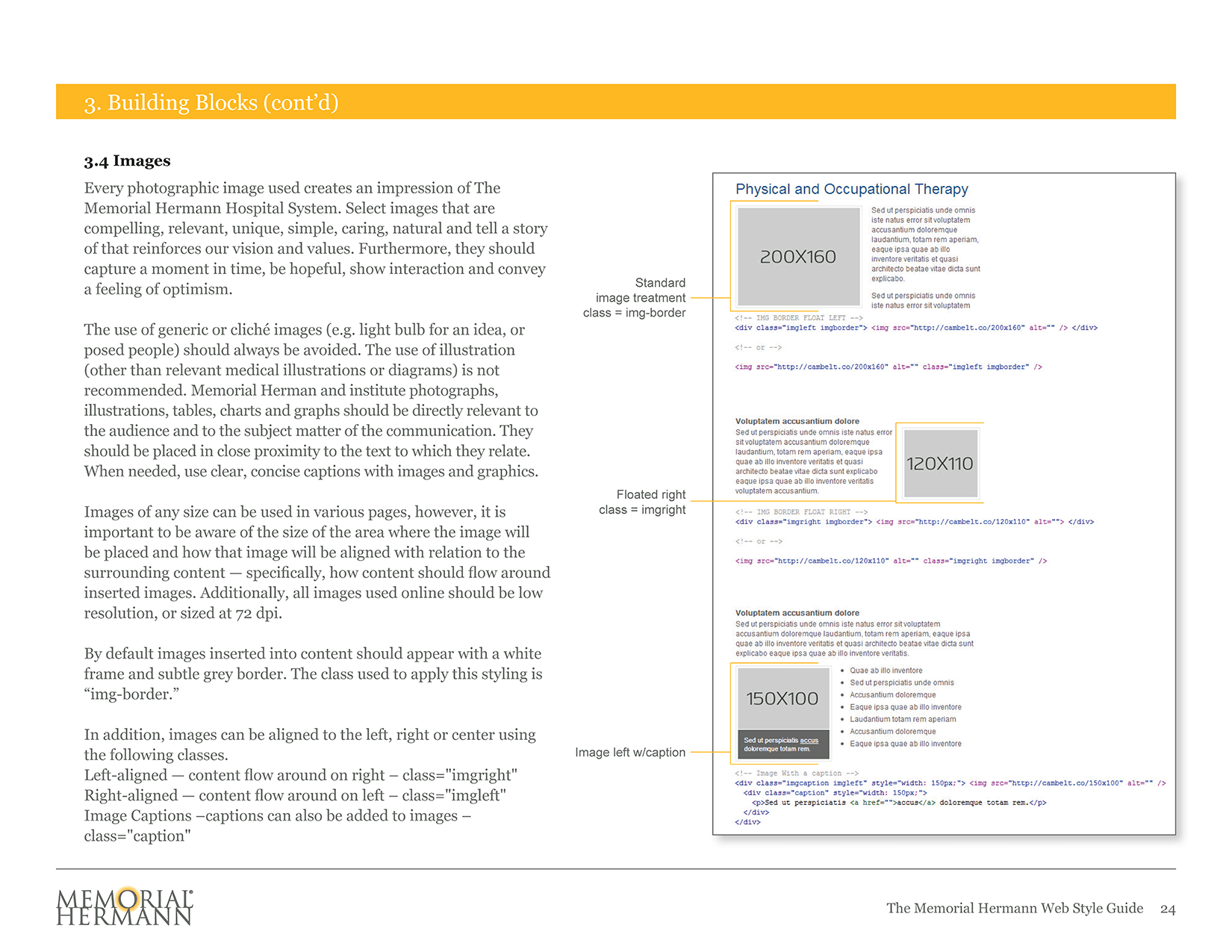